Earlier this week, we presented the first block of TED talks dealing with “Field Work” and now it’s time to get acquainted with the second block for TEDxGhentLive. After you have had a chance to take a break in the Sphinx café, we will offer you a range of talks around “Empowering Tech”. 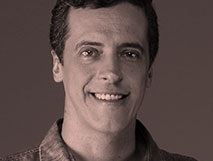 We will be starting with Rodrigo Baggio, founder of the nonprofit organization Center for Digital Inclusion (CDI). Since 1995 they have strived to create change agents in local communities by providing them with access to ICT. CDI aims at improving the quality of life and stimulates entrepreneurship in a sustainable way by narrowing the digital gap. Rodrigo has been recognized as one of the “100 Global Leaders for Tomorrow” by the World Economic Forum.
Next on the agenda is the Brazilian activist Bruno Torturra, known as, as The Guardian put it: “the leader of the self-styled Mídia Ninja collective”. (Source) Ninja collective, a group of citizen journalists, uses their smartphones and digital cameras to offer the world an alternative to the mainstream Brazilian press. Protests during the visit of the Pope in July 2013 and the World Cup last summer were live-streamed and distributed by this collective. 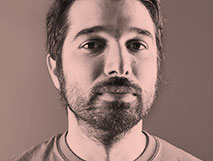 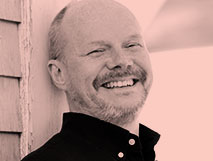 Just before halfway our tech-theme, TEDGlobal will present Steve Song, a telecommunications activist and founder of Village Telco, which he describes on his blog as “an easy-to-use, scalable, standards-based, wireless, local, do-it-yourself, telephone company toolkit”. (Quite a mouthful!) Since 2008 Steve strives to bring affordable internet access and open source technology throughout Africa and other underserviced places in the world. The baseline of his blog immediately shows what he is all about: In the beginner’s mind there are … many possibilities.
Continuing with Syed Karim, a social entrepreneur and CEO of Outernet. By using small satellites, he strives to make universal internet access possible. Outernet aims at providing people all around the globe with information equality. Recently Outernet started a partnership with the university of Harvard. Syed explained: “Now the thinking of some of our greatest minds can be read, critiqued, and built on by people all over the world in a way never previously possible.” (Source) 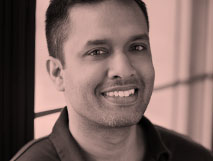 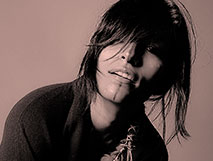 Our last but one talk will be given by a Chilean singer-songwriter Ana Tijoux. After starting with the band Makiza in 1997, she continues her musical journey solo about a decade later. According to the New York Times she’s the “South America’s answer to Lauryn Hill: equally skillful at singing and rapping.” (Source) So sit tight and get ready for “a whirlwind trip through hip-hop, jazz, and funk, spiced with a bit of politics”. (Source)
Almost there, yet we cannot send you home without some new insights in the field of neuroprosthetics. Professor Miguel Nicolelis, neurobiologist at Duke University, has explored the limits of the brain-machine interface (BMI). Nicolelis’ lab works around several themes. You might have seen his team in action, for example, in the Walk Again Project. The ceremonial first kick of the World Cup was given by Juliano P., a paraplegia of the lower trunk and limbs. How did he do that? By wearing an exoskeleton, a sort of robotic vest, controlled by his mind! So by thinking the movement, the technology acts it out for you. Check out this short video to really grasp the potential. 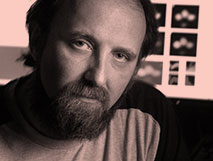 We are looking forward to seeing you all this Thursday at Sphinx cinema!