In a year that no one could have imagined, how do we build bridges instead of confining walls?

TEDxGhent 2020 brings together people and ideas that define the future of our city and beyond. Join a dedicated community ready to build up wonderful bridges. The event will be 100% free, virtual and in a new format: we will welcome 6 inspiring new speakers and we will rewatch together 3 of our previous guests.

Can’t wait to virtually meet you.

The drawing in this year’s visual was created by Elvira Perdomo – check out Instagram to see her work. 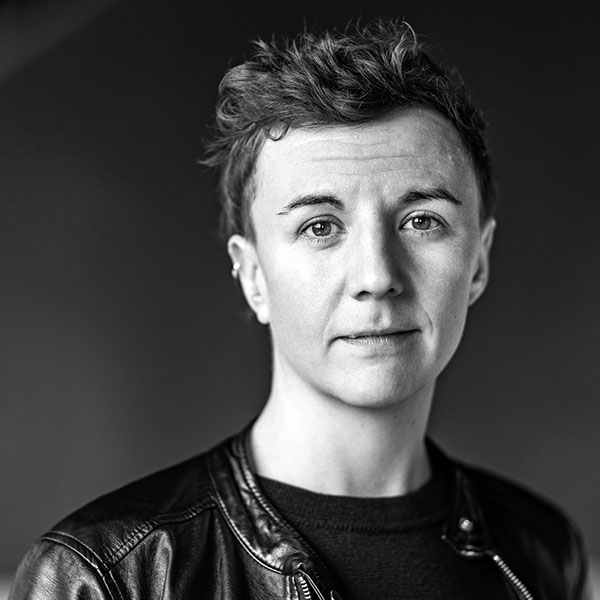 The Museum of Doubt – A modest manifesto by a science curator

Dr. Marjan Doom is Master in Veterinary Medicine and did research into the anatomy of the vascular system. As the director of the newly opened GUM (Ghent University Museum), she is setting out the mission and vision and curated its permanent display. Previously she curated Post Mortem, a dialogue between science and art on the confrontation with the dead body, and Out of the Box on scientific thinking. In exhibitions she explores the interfaces between science, art, and society. Since 2019 she is a member of the Young Academy.

How Can We Change Your Bind?

A consultant on culture, brand building and organizations, Justine Harcourt de Tourville, uses a mix of applied anthropology, narrative writing and psychology in her approach to brand communication. She graduated from Cornell University with honors in Anthropology (BA) and Urban & Regional Studies (BSc). Afterwards she received a Marie Curie Fellowship as a University Researcher at University College London where she earned her MA with distinction; her academic focus was on national identity, social relations and food culture. She has consulted over 100 individuals, organizations and startups in pitching and presentations skills and podcasts regularly on virtual reality and immersive storytelling. Originally from the US, she has been based in Europe for over 25 years, but has not lost her love for the magic of the West Texas desert. 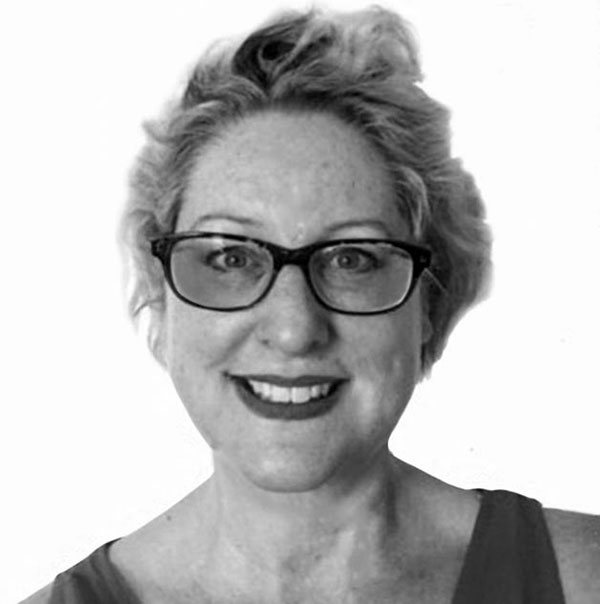 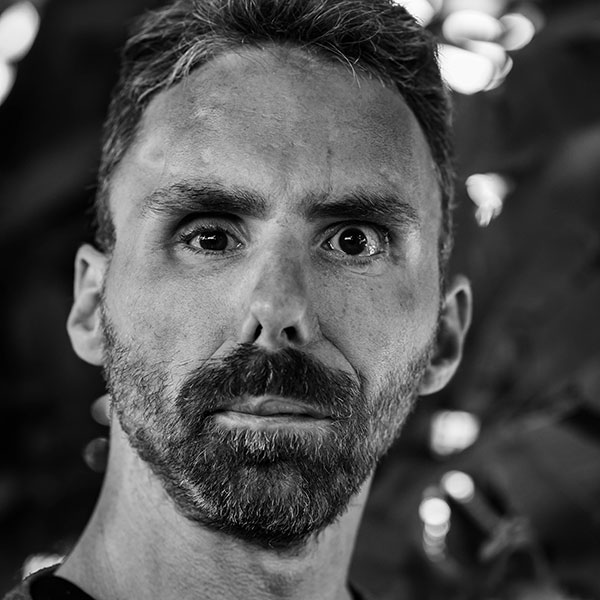 More Hope than Brain Injury. A search for radical, yet rational optimism.

I’m a man named Stijn. An unexpected event took a radical turn for my life. That is what my first book book is about: “Between Hope and Brain Injury”, published in October 2019.
Because I am well-surrounded and have access to both prosperity and well-being, I manage to achieve valuable goals. I now want to maximize my “moral reach”, because I wish these favorable circumstances to everyone. I hope to be able to make a positive difference to many people by describing how I deal with (a sometimes difficult) life.
In the meantime, I support the development of experiential learning among students of occupational therapy, speech therapy, nursing and rehabilitation sciences. As an expert by experience, I wish to contribute to the formation of people who want to live a caring life and are on the way to meaningful work. Added to this are the testimonials for Rondpunt VZW and the NAHLiga.
I manage to return to work part-time as a philosophy teacher in the third stage of secondary education at Campus Impuls. I also supervise the music band workshop together with colleagues.
Illusions and / or militant pessimism are of little or no use to me, so I strive for a rationally balanced optimism. I want to achieve this by talking extensively with the many people who have well-thought-out, constructive intentions. Why? Because it’s possible! And because having constructive ambition is not prohibited 😉.
For someone who had to spend years in extensive isolation, to be able to build bridges and reach valuable connectedness again, is true source of well-being.

Your Drugs are Average

Cinzia believes that as every person is unique, our medicine should reflect that as well. She is a resilient and creative entrepreneur who brings real and inclusive innovation to society by applying her passion and knowledge in microelectronics.
She is the founder and CEO of Bi/ond, a deep-tech company that empowers diversity in biological
studies by engineering microchips. Before going “Bi/ond”, she did her Ph.D. in microelectronics at the prestigious Technical University of Delft. During her academic experience, she realized that her mission is to shorten the distance between academics and industry. Cinzia strongly believes that entrepreneurial role models are needed. She built up a diverse and multidisciplinary team to address the significant challenges in the Organ-on-Chip field. In 2018, she was named one of the 50 most inspiring women in Italy’s technology sector (InspiringFifty – Italy). Thanks to her vision, Bi/ond has been included in the Fund Right Initiative both as a women-lead company and diversity in the team. 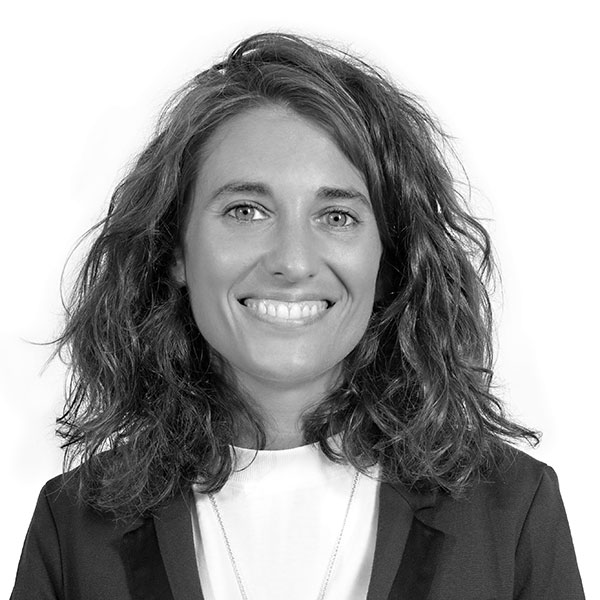 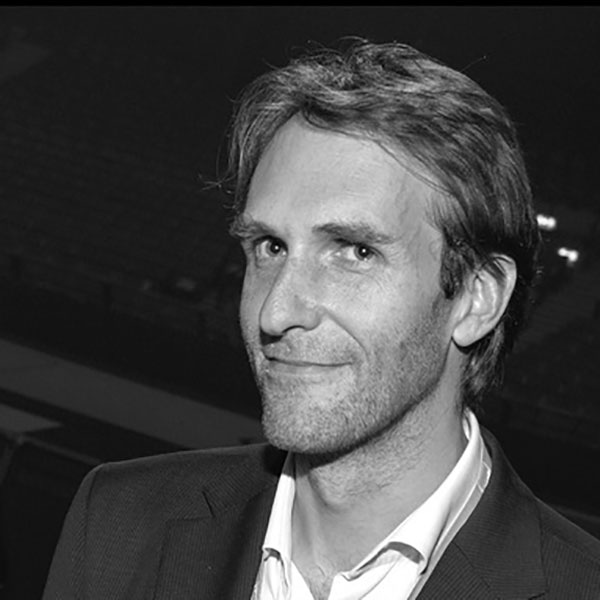 Karl-Filip Coenegrachts is Master of Laws, specialized in European Law (Ghent University, 1996). He served as Chief Strategy Officer of the City of Ghent in Belgium between 2004 and 2018. In that capacity he was responsible for the city’s long-term strategy including the implementation of horizontal policies, smart city strategy, data and information management, policy participation, international relations and European funding programmes.  He was one of the founders of Digipolis, the public intermunicipal IT-company of the cities of Antwerp of Ghent in Belgium and served as expert of the Board of Directors between 2003 and 2018. Representing the City of Ghent he was member of the Executive Committee of EUROCITIES, the largest European cities network, from 2009 to 2018 and Chair of the ExCom in 2017 and 2018. Building upon his experience he founded the Cities of People partnership in 2018, to further develop and implement an alternative people centered model for future cities. In 2019 he successfully organised the first edition of the Brussels Creative Bureaucracy Festival. He is the Belgian ambassador of the International Creative Bureaucracy Movement and serves as advisor for the annual Berlin Creative Bureaucracy Festival. He is frequently asked to deliver talks and keynotes on smart cities, open governance and new democracy, creative bureaucracy, digital sovereignty and urban commons.

The chaos and failure that drive creativity towards innovation

Jelle Saldien is associate Professor at the Department of Industrial Systems Engineering and Product Design of the Faculty of Engineering and Architecture at Ghent University. He received his M.S. degree in Industrial Science ICT at DeNayer Institute (now KULeuven) in 2003 and an additional M.S. degree in Product Development at Artesis (now UAntwerpen) in 2005. In 2009, he received his Ph.D. at the Vrije Universiteit Brussel on the design and development of the social robot Probo. From 2010, he was lecturer in Industrial Design at the Howest University College West Flanders. Since 2013 he is appointed as Professor Industrial Design at Ghent University. From 2014-2017 he was research coordinator of the UGent Industrial Design Center and steering member of Flanders Make VD4. From 2018, he joined the imec-mict-ugent research group and became Principal Investigator in imec. In the meantime, his research has led to ‘Opsoro’; an open platform for social robots, for which he has been honored with the 2019 annual price science communication by the Royal Flemish Academy of Belgium for Science and Arts. In 2017 Jelle was listed as one of the 50 Tech Pioneers in Flanders by news agency De Tijd. In 2019, he started a UGent spinoff named Creative Therapy, that aims to digitize rehabilitation therapy. Furthermore in 2019, Jelle was appointed as UGent board member in the Ministry Of Makers.
Jelle Saldien is author of over 80 technical publications, proceedings, editorials and books. His research looks at the design of interactions between human and technology (Interaction Design). This includes both the physical and digital aspects of future products as perceived by users. Emphasis is placed on new methods for prototyping and the interfaces in Product Design, Human Computer Interaction (HCI) and Human Robot Interaction (HRI), as well as involving (the right) users for product innovation. Currently there is a strong focus on lead-user innovation, information interfaces and open modular system design for intelligent products. 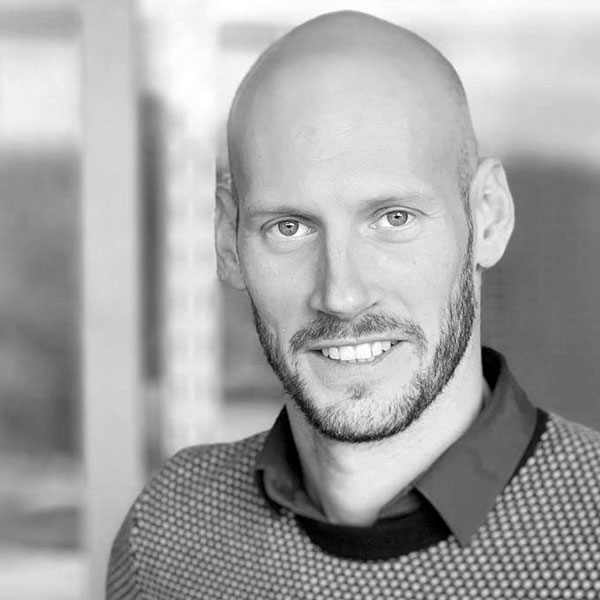 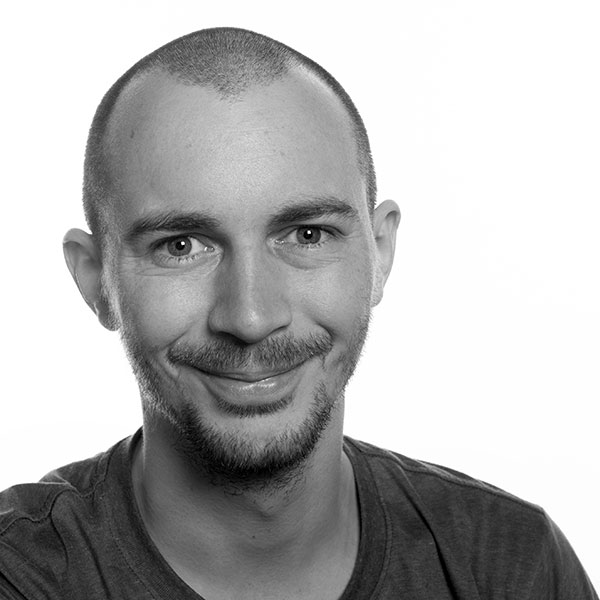 Re-play: Creations and collisions in an open lab

Winnie Poncelet has a bioengineering and business background. After a short career as process engineer at insect startup Circular Organics, he built a track record as a social entrepreneur, focussing on strategy and business development. He co-founded innovative initiatives such as ReaGent and Ekoli and has facilitated citizen science projects internationally. He co-founded Glimps, a bio design agency where he pioneered a biomaterial based on solid state fermentation with fungi, similar to tempeh. He has consulted for the Flemish Government and industry parties in all things circular economy and he has been a keynote speaker at various circular innovation events. He’s currently community organizer at Broei, the up-and-coming youth center in the historic castle Duivelsteen in Ghent. But most of his time he is passionately producing high quality tempeh, a delicious and sustainable meat replacer, with his partner Noemi in Beanlife. There he heads production and R&D. He hopes to serve you some tempeh one day 😉

Re-play: Challenging Terrorism and Extremism with Innovation and Creativity

Dr. Erin Saltman is Facebook’s Head of Counterterrorism and Dangerous Organizations Policy for EMEA. Dr Saltman’s background and expertise includes both far-right and Islamist extremist processes of radicalization within a range of regional and socio-political contexts. Her research and publications have focused on the evolving nature of online extremism and terrorism, gender dynamics within violent extremist organizations and youth radicalization. Dr Saltman’s previous work includes Senior Research and Program positions at Quilliam Foundation and the Institute for Strategic Dialogue (ISD) where she remains a Research Fellow. She also manages Facebook’s work with the Global Internet Forum to Counter Terrorism (GIFCT). She is a graduate of Columbia University (BA) and University College London (MA and PhD). 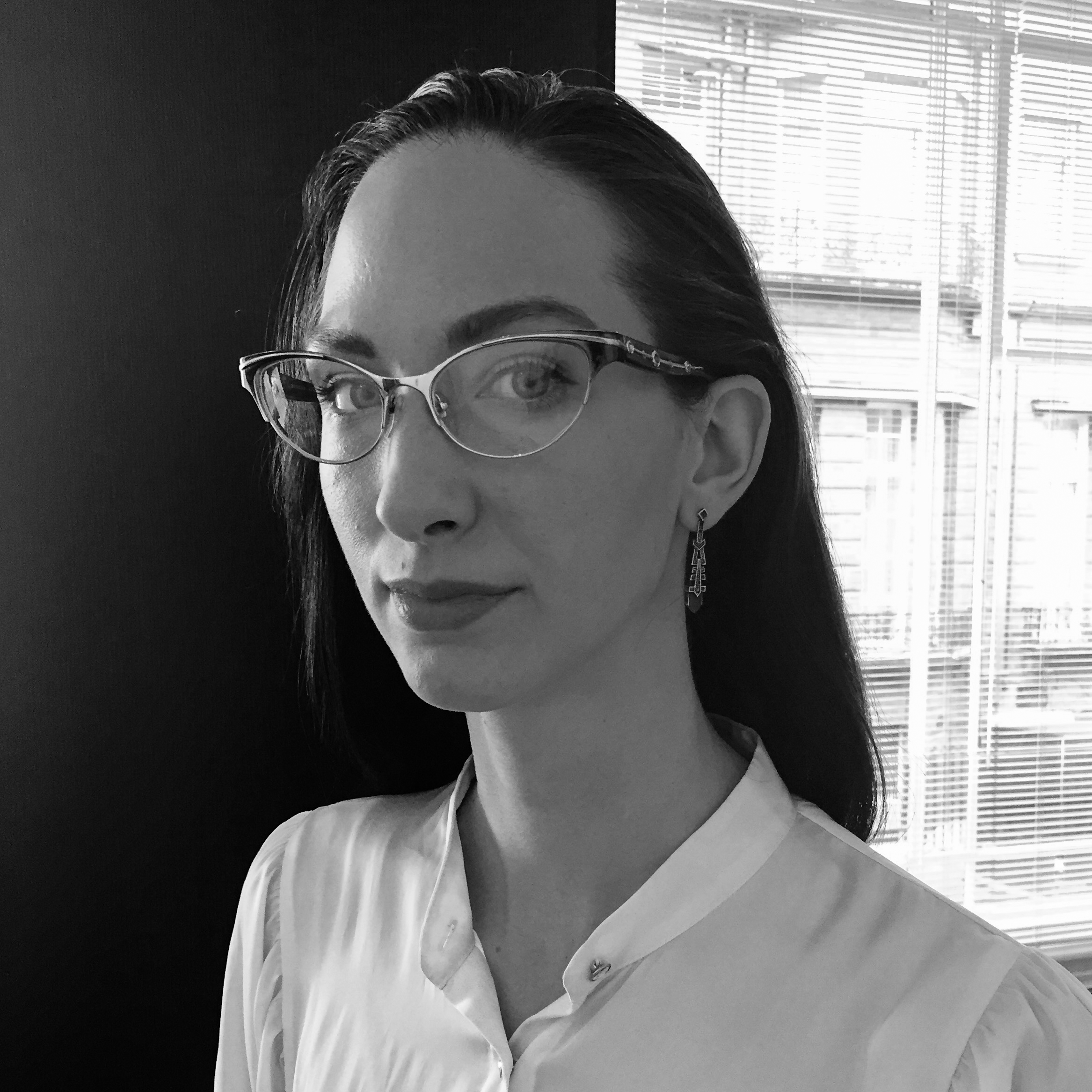 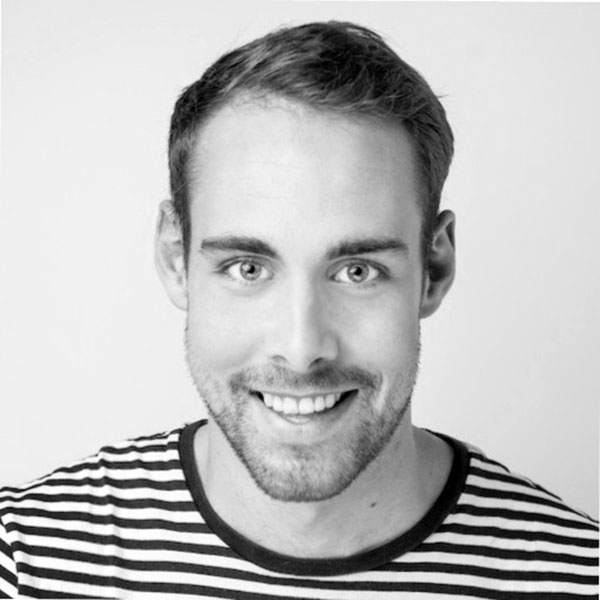 Tom (24) describes himself as a creative, strategic & purpose-driven entrepreneur first and a computer scientist second. With a focus on unlocking value through paradigm shifts by the means of technology he says he gets in massive flow when conceptualising & figuring out a way to execute “something new”. Currently, he helps companies make jobs more meaningful by building better, faster & healthier organizations with AI through his company called Humain (www.humain.ai). At 19 he traveled the world with an NGO with the mission of building bridges of understanding in many different communities across the globe. At 22 he became president of an NGO that promotes Social Entrepreneurship by enabling students to set up societally impactful projects across the globe and has been playing with the question of how one impacts a billion lives positively ever since. This birthed amongst other things a podcast, called The Impact Billionaires (www.theimpactbillionaires.com), for which he is always on the lookout for interesting guests.

Throwback to our previous events 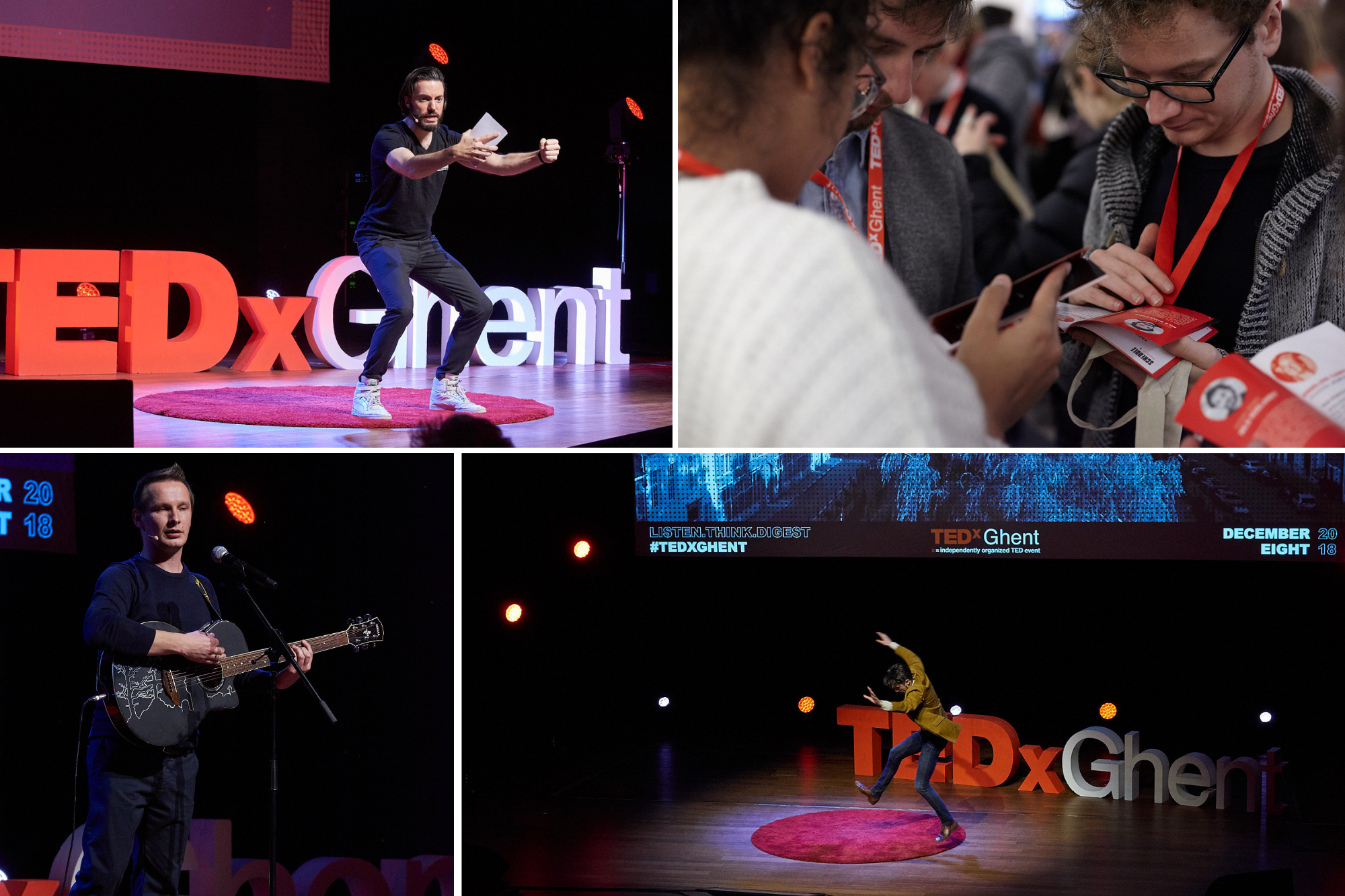 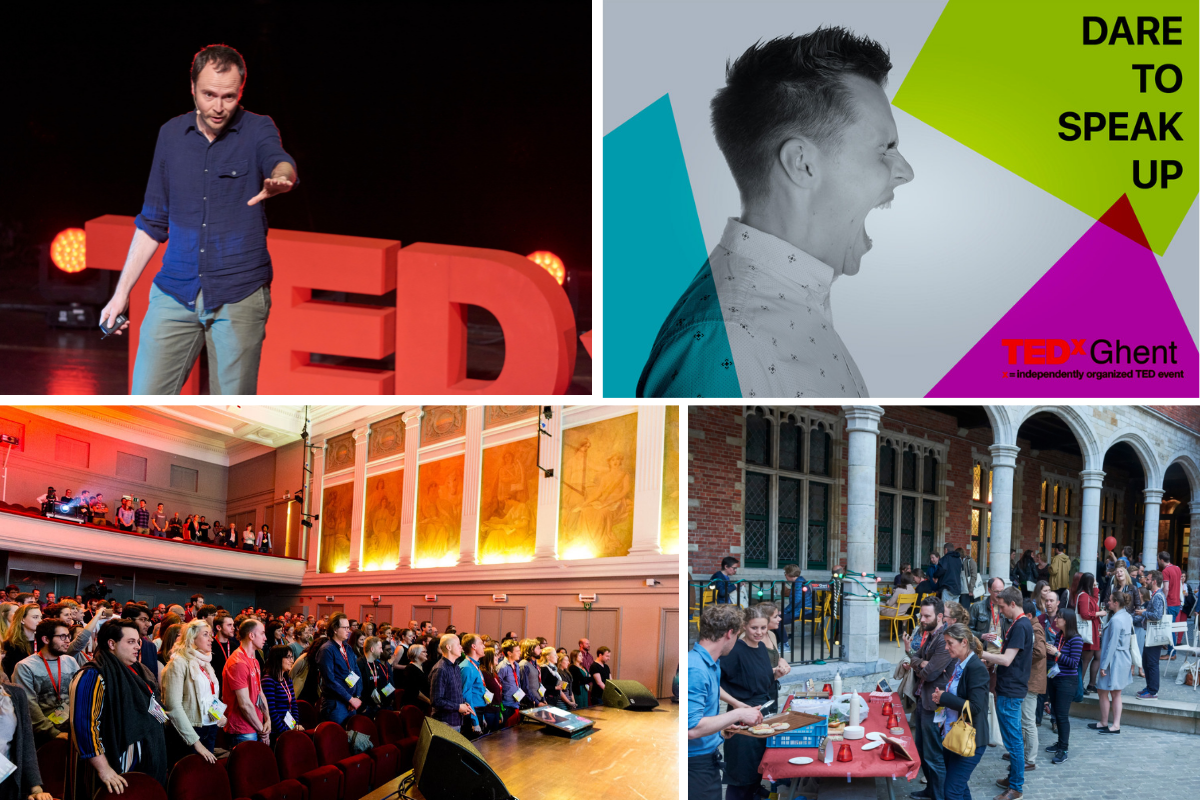 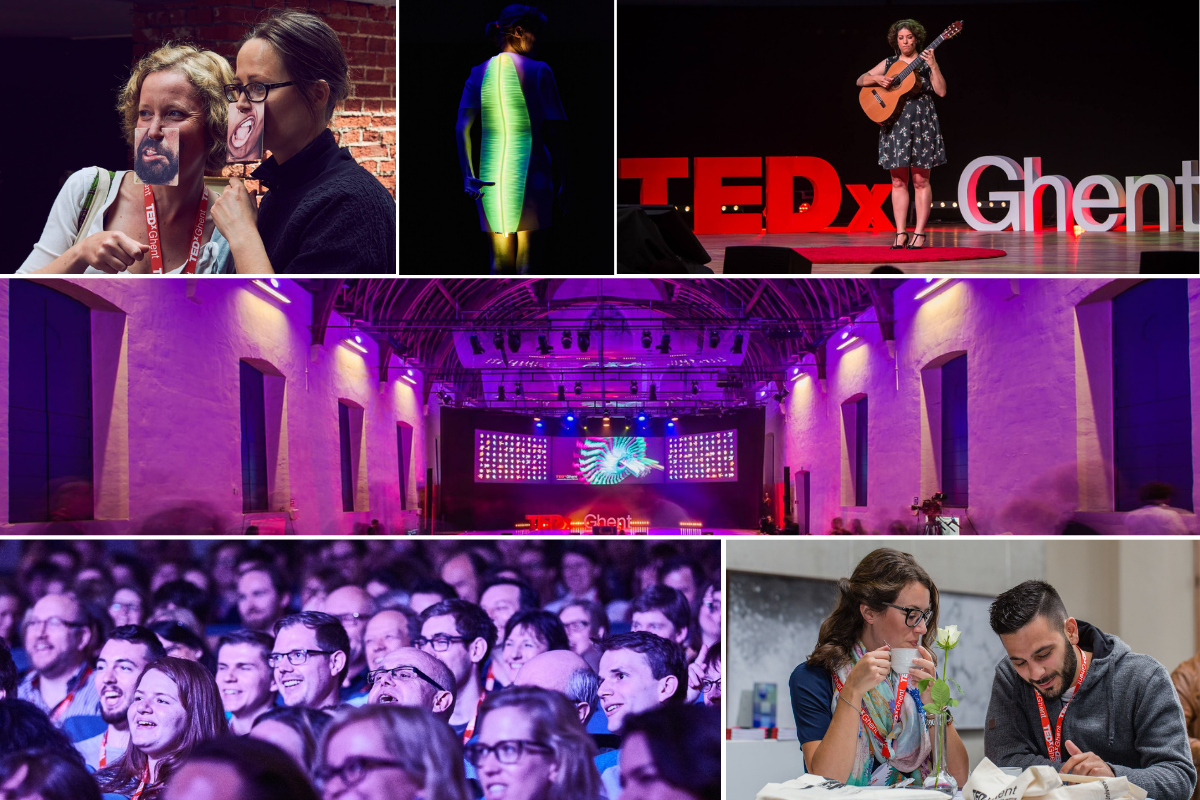