How: Learn it here

In the shadow of the Jura, on the outskirts of the vibrant city of Geneva, a little municipality named “Meyrin” used to be known for little more than – well, probably – it’s cheese. But that would hardly explain why in the seventies its number of residents suddenly quadrupled. Or, why you see today groups of pubescent boys and girls – wearing flashy Pop Art Einstein shirts or sweaters screaming “Bazinga!” – giggle their way through the town’s streets.

On May 17th 1954, the serene surroundings of Meyrin were suddenly interrupted by the noise of a team of builders, who started the work on the first facilities for the new “Conseil Européen pour la Recherche Nucléaire”. Two years earlier, twenty-one European Member States had decided to attribute the necessary funding to enable the creation of Europe’s own Walhalla for the lovers of physics.

Further construction work on both sides of the Franco-Swiss enabled the CERN Laboratory to maintain its position at the forefront of fundamental physics research in Europe, focusing on the fundamental constituents of matter and the forces acting between them. The most important tools at their hands were a number of purpose-built particle accelerators and detectors. Blessed with names – that you would hate to encounter during a spelling competition –  such as the Synchrocyclotron, the Super Proton Synchrotron, Large Electron-Positron Collider, the Antiproton Accumulator and the Large Hadron Collider, these tools were able to provide a number of answers to physics’ most essential questions. Answers that often resulted in Nobel Prizes and/or even more questions.

This historic location, therefore seems like the perfect place  to bring you a series of talks on ‘breaking the rules’, on stage! Curious about the talks that we will be streaming live on Friday October 9th?  We’ve already selected 3 speakers that you should definitely check out! Do not forget to register for the event on Eventbrite

Three Speakers to watch out for 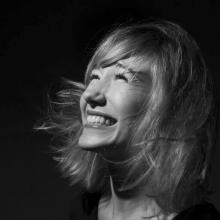 Linda Liukas is a programmer, storyteller and illustrator. Her children’s book, Hello Ruby, raised a total of $380,000 on Kickstarter. She founded Rails Girls, which has organized workshops in over 230 cities, teaching the basics of programming to more than 10,000 women. Linda worked at Codeacademy, which she left to write stories that teach children about software and programming. She won the 2013 Ruby Hero prize and was named the Digital Champion of Finland by the EU Commissioner for Digital Agenda. 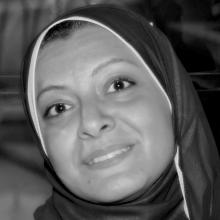 Gihan Kamel is a lecturer at the Physics Department in the Faculty of Science at Helwan University, Egypt, and an Infrared Microspectroscopy Beamline Scientist at SESAME, where she is also part of the User’s Executive Committee. SESAME (Synchrotron-light for Experimental Science and Applications in the Middle East) is an association that illuminates the Middle East through scientific excellence and collaboration turning peace into reality. 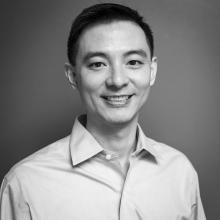 Matthew Liao is the Director of the Bioethics Program at New York University. He is the editor-­in-chief of the Journal of Moral Philosophy, a peer­-reviewed international journal of moral, political and legal philosophy and has written on philosophy, morality, bioethics and human rights. Liao presents challenging ideas such as whether we should use drugs and technology to erase traumatic memories and employ human engineering as a possible, partial solution to climate change.

As a final note, know this: thanks to CERN you are able to browse this blog post, as CERN is also the birthplace of the World Wide Web! In 1990, Berners-Lee had defined its basics and had written the first browser and server software. “Info.cern.ch” was the address of the world’s first website and web server, running on a NeXT computer at CERN. As no-one was familiar with the concept of such a server, he taped a label to it, with a hand-written note in red ink stating clearly:

“This machine is a server. DO NOT POWER DOWN!”