And the best talks of TEDxGhentLive were…

And the best talks of TEDxGhentLive were…

A few weeks back, the TEDxGhent community gathered at Sphinx cinema for a special occasion. A number of TED talks were being broadcasted straight from the TEDGlobal 2014 conference which was taking place in Rio de Janeiro, Brazil. The distance did not stop us, curious Gentenaars, from getting an insight into how a TEDGlobal conference feels like. We got a bit of everything that was happening in Rio: two blocks of fascinating TED talks – ‘Field Work’ and ‘Empowering Tech’, the music program, and a great atmosphere (We only missed the view of Copacabana beach and a few sun rays, but these are details!).

To spice things up, our TED(x) fans were given a challenging task – they were asked to choose the most inspiring talk of each of the two broadcasted blocks. Those of you who were there have to admit that it was not an easy job: each of the blocks introduced six speakers dealing with burning issues concerning our global wellbeing, and all of them offered inspiring ideas of how to go about them. Nevertheless, two absolutely brilliant talks were chosen as the best talks of TEDxGhentLive. 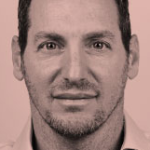 In the first block, ‘Field Work’, TED fans were most impressed by the talk given by Oren Yakobovich, co-founder of Videre, an NGO that enhances the use of sophisticated video technology to empower people in conflict areas. Ground breaking micro cameras enable ordinary people in places such as the West Bank or some Central African countries to spread visual proof of the atrocities they are facing in their lives. In doing so, Videre is making an indispensable contribution to inform the public about the injustices around the globe and taking a step towards prosecuting the ones responsible for them. 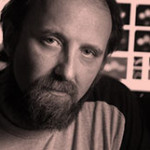 The die-hard TED fans who stayed with us until the very end agreed unanimously that the winner of the second block, ‘Empowering Tech’, was Miguel Nicolelis. Miguel is an explorer of a special kind – he is investigating the limits of the brain-machine interface. To be clear, Miguel and his colleagues in the Nicolelis Laboratory have already done an incredible job. Remember Juliano Pinto, a paraplegic man, who was the one to kick the first ball at the 2014 World Cup? The brain-controlled exoskeleton enabling this historical moment to happen was the work of Nicolelis’ lab.

We will share the two winning TED talks – as voted by TEDxGhent fans – as soon as they are available online. Thank you all for coming to the TEDxGhentLive and looking forward to seeing you all at our upcoming events!