This Thursday, we’ll bring you two blocks of fascinating TED talks directly from Rio de Janeiro. Yes, this is where TEDGlobal 2014 will be taking place, and – lucky for you – we will be broadcasting some of the most interesting talks at Sphinx cinema. We’re completely sold out, but if you sign up for the waitlist, maybe you can still get a ticket if anyone cancels.

Until then here’s something to keep your curiosity satisfied – keep reading for details on the first block we will broadcast; “Field Work”. Hosted by Chris Anderson, the curator of TED, this block introduces people and organizations that aim at addressing local issues with far reaching consequences.

We will start with a question that absolutely needs to be tackled; how do you give the most vulnerable populations around the world a voice? Oren Yakobovich, the founder of an international foundation “Videre”, helps local activists to capture evidence of human rights violations which is then distributed to those who have the power to create change. In a BBC Newsnight interview, Yakobovich explains: “We got a lot of footage of intimidation that’s done by perpetrators that were sure that because they’re working in the rural areas they got impunity. […]This footage was broadcasted in local channels, and the perpetrators understood that someone is watching them […] it’s an immediate deterrence.” 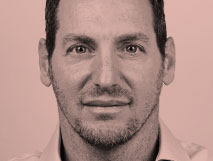 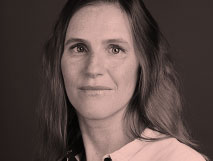 We will then go over to the world of international peacekeeping and the problems that come along with trying to create lasting peace. By doing months of field research and interviews, political scientist Severine Autesserre found that international peacekeeping works best when the people trying to assure peace pay attention to local conflicts in those countries. Autesserre: “What I’m criticizing is the way we focus so much on international and national conflicts that we forget all the local drivers of conflict and all the local agendas.” (Source)
Refugees fleeing a war-torn city face dire challenges. But what about those who stay behind? Focusing on the civil war in Syria, Doreen Khouri works with people and organizations who are still inside cities like Aleppo and Raqqa as they struggle to carry on in the midst of civil war and in the absence of state structure. She recognizes that the “Syrian grassroots civilian opposition has been the primary engine of the popular uprising against the regime of Bashar Assad. They have created sophisticated structures of civilian administration in the liberated areas of Syria. Currently, the protracted violence, sectarianism, radicalization, lack of coordination among rebel forces and deteriorating social conditions are putting the survival of these local coordination committees and local opposition councils in serious jeopardy.” (Source) 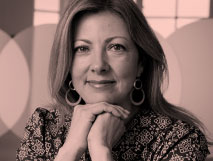 And we go on to natural resources – a lot of those are found in some of the poorest countries in the world. But why is this trillion dollar business of extraction and exploitation not making their countries richer? To find out why, Charmian Gooch co-created a watchdog NGO Global Witness which exposes the conflicts and corruption at the root of this industry. “This engine of corruption, it exists far beyond the shores of countries like Equatorial Guinea, Nigeria or Turkmenistan. This engine, well, it’s driven by our international banking system. By the problem of anonymous shell companies, by the secrecy that we have afforded big oil, gas and mining operations.” (Source)
On to a more positive note – call it “Indo-rock opera.” The duo Circle of Sound, consisting of Soumik Datta and Bernhard Schimpelsberger integrate influence and instruments across cultures pinned together by the Indian rhythm. Aged 29, Sournik Datta, the ‘British Sarod Maestro’ (Time Out) has taken the ancient, Indian, stringed instrument into a global arena. His self-built electro-acoustic Sarod is unique in its integration of classical Indian music with live looping, rock, punk and electronica. The British Austrian drummer Bernhard Schimpelsberger is a single phenomenon in the world of percussion today. A visionary in merging rhythms, he has unified the rhythmic tradition of India and the West in his unique personal drumming style. (Source) 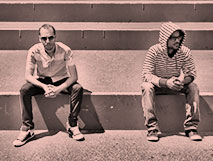 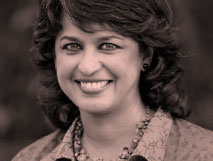 The final talk turns our gaze to Mauritius and the power of plants. In 2011, biodiversity scientist Ameenah Gurib-Fakim quit her work as a lecturer to dedicate herself to the research and development of the potential of medicinal plants. She says: “I have been working on the theme of medicinal plants for many years. It is a very promising area and sought after by the pharmaceutical, neutraceutical, cosmetic sectors for development of new products. Moving to the private sector with the idea was a natural move. It meant translating my research into a business. Translational work is key.” (Source)