Want to become an amateur astronomer?

Want to become an amateur astronomer?

I know, an amateur astronomer does not sound as cool as becoming an astronaut, a job many of us were taking into serious consideration while growing up – until realizing what such a career would actually entail. But, reader, do not give up on your dreams! I cannot promise you’ll be sent to space, but I can guarantee you’ll be exploring the unknown depths of the outer space and help creating real science. Sounds adventurous, right? And the good news is you can stay right where you are and get going now. 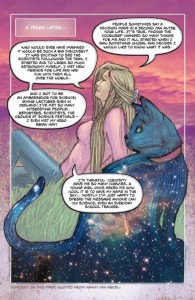 What am I talking about? I’m talking about participating in a citizen science project! Haven’t heard of those? Citizen science, also known as crowd science, is scientific research conducted with the help of nonprofessional or amateur scientists. Taking part in such projects can turn your life around. Wondering how? One of our TEDxGhent 2014 speakers, Hanny van Arkel, will share her incredible story of becoming a big shot amateur astronomer. After deciding to participate in Galaxy Zoo citizen science project, which invites curious volunteers to help with the classification of galaxies, Hanny discovered an astronomical object, later named by her – Hanny’s Voorwerp, Dutch for Hanny’s object. At TEDxGhent 2014, Hanny will share her amazing experience and tell us where the power of citizen science lays.

So what’s your next step? Visit the Citizen Science Alliance website and choose among citizen science projects in the fields of astronomy, climate, humanities, nature or biology, and contribute to scientific discoveries. Who knows what’s waiting for you out there!